‘Locked In’ is a hack-day project that allows editorial teams to curate static and interactive content during broadcasts and push this to the audience in real-time, to engage and converse with listeners.

The call to action is the presenter asking if users are ‘locked-in’, so they should start up their app. The editorial team can then queue up events (such as such as images, votes, YouTube videos and Soundcloud tracks), which can then be pushed directly to the audience member’s app. When the event is sent out, it will be displayed in the app and if it contains interactive content (such as a vote) the user can take part in that vote. If it’s other content such as an image or YouTube video it will play automatically. This avoids a common process where photos or videos are posted through social media and users are asked to go and find them. With Locked-in, they are broadcast in real time to the user. This can also be used for time-specific content which is only relevant during a particular event.

The system is intended to send out content immediately and provide a conversation between radio producers and the audience. It leverages the benefits of networks such as YouTube but rather than sending the user off to another site, the user can be directed to our own app / live tab on a web page and the content can be sent directly to them.

For example, the production team could have two different items of content and give the audience the choice to vote for the one to be broadcast. This can then be simulcast via Locked In and on the standard broadcast channels such as DAB/web/FM. For this example we’re using Game Of Moans (feat. Sophie Turner AKA Sansa Stark from Game Of Thrones) and Wolverine The Musical - Hugh Jackman - #SurpriseKaraoke.

Locked In is also intended to increase the listen-time to a show. Rather than leaving a broadcast and going to catch-up later, Locked In provides ‘this is happening now!’ content and the ability to interact with the act of the show. Although the results of the show can be consumed later, the experience is intended to drive more, and longer, live listening.

Locked In uses a WebSocket publish/subscribe system which provides full-duplex communications over a single TCP connection. When the app is started, it begins to listen on the locked_in channel for events. When an event is sent by this console the app will recieve the event and display the content in the appropriate manner.

The Locked In Android app source is on Github

When starting the app, the user sees: 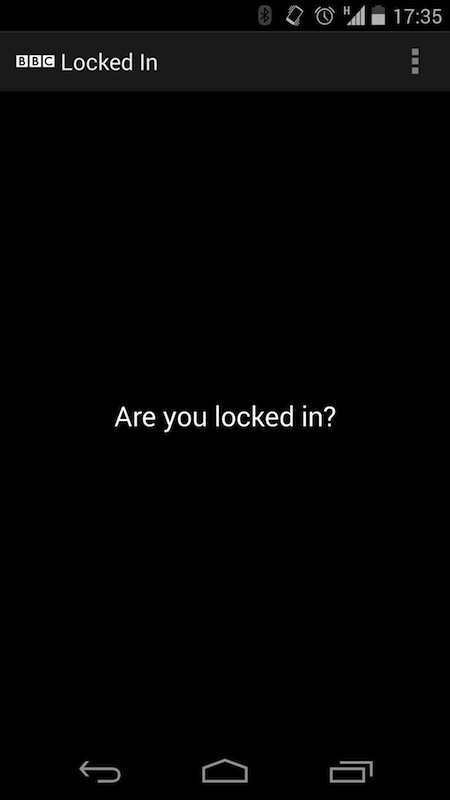 A vote between two videos is curated in the console by the production team and is then sent out to the app, allowing users to take part in the vote: 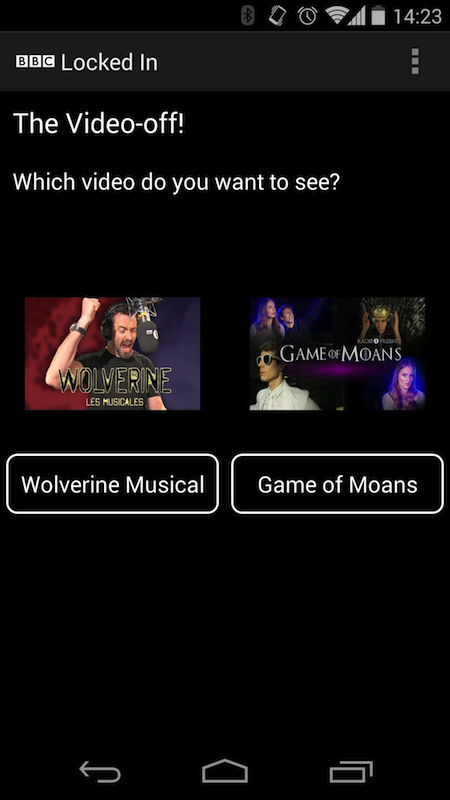 The user can vote for their choice: 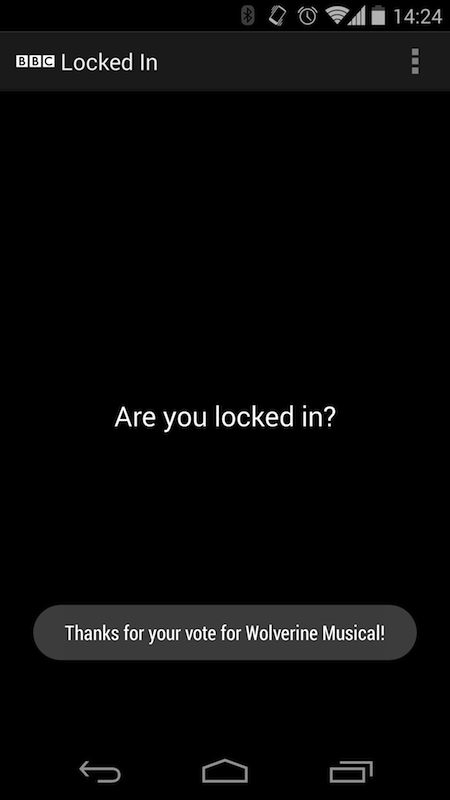 Then the winner can be announced (on-air and, in this example, using an image): 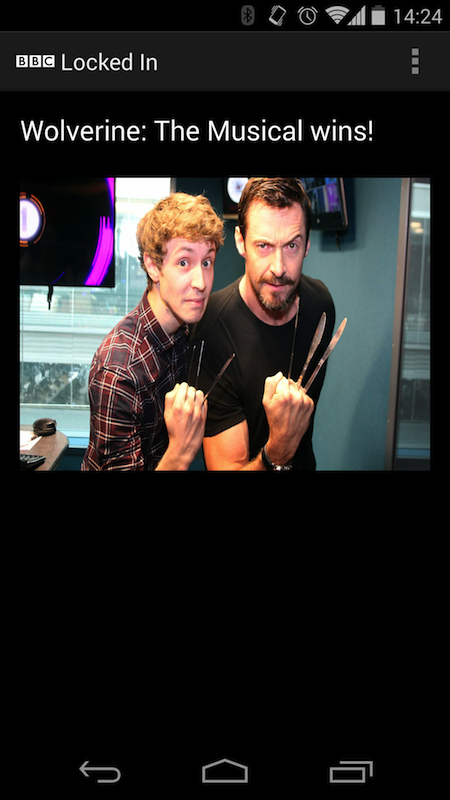 The winning video can then be sent out which plays in the app (screen shown rotated here): 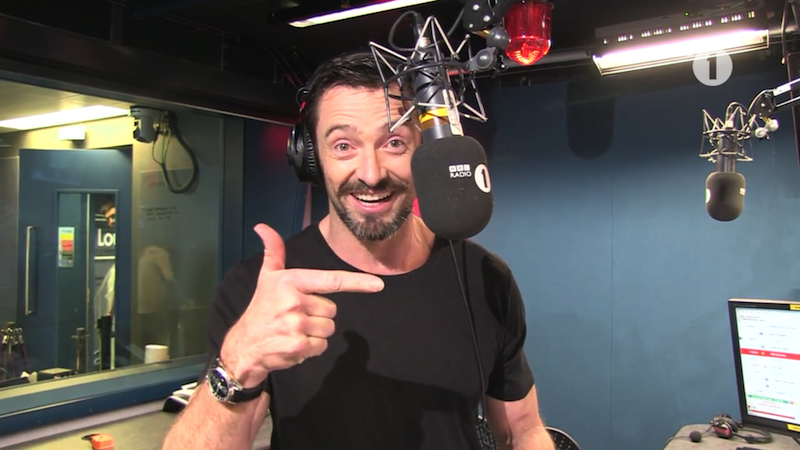 Then the app can be re-set back to it’s default state:

Currently this is a separate app, although the functionality could be hosted within the current iPlayer Radio native app, on something like a ‘live tab’. This functionality could also be replicated in a live tab of a network homepage, allowing networks to ‘push’ content directly to that tab, things like YouTube videos, tracks, images and other content.