Named after the Overlook hotel in The Shining, Goverlook generates a maze

Implemented with a stack, this approach is one of the simplest ways to generate a maze using a computer. Consider the space for a maze being a large grid of cells (like a large chess board), each cell starting with four walls. Starting from a random cell, the computer then selects a random neighbouring cell that has not yet been visited. The computer removes the wall between the two cells and marks the new cell as visited, and adds it to the stack to facilitate backtracking. The computer continues this process, with a cell that has no unvisited neighbours being considered a dead-end. When at a dead-end it backtracks through the path until it reaches a cell with an unvisited neighbour, continuing the path generation by visiting this new, unvisited cell (creating a new junction). This process continues until every cell has been visited, causing the computer to backtrack all the way back to the beginning cell. We can be sure every cell is visited.

As given above this algorithm involves deep recursion which may cause stack overflow issues on some computer architectures. The algorithm can be rearranged into a loop by storing backtracking information in the maze itself. This also provides a quick way to display a solution, by starting at any given point and backtracking to the beginning.

Horizontal Passage Bias Mazes generated with a depth-first search have a low branching factor and contain many long corridors, because the algorithm explores as far as possible along each branch before backtracking.

Using a depth-first maze-generation algorithm with a following recursive routine: 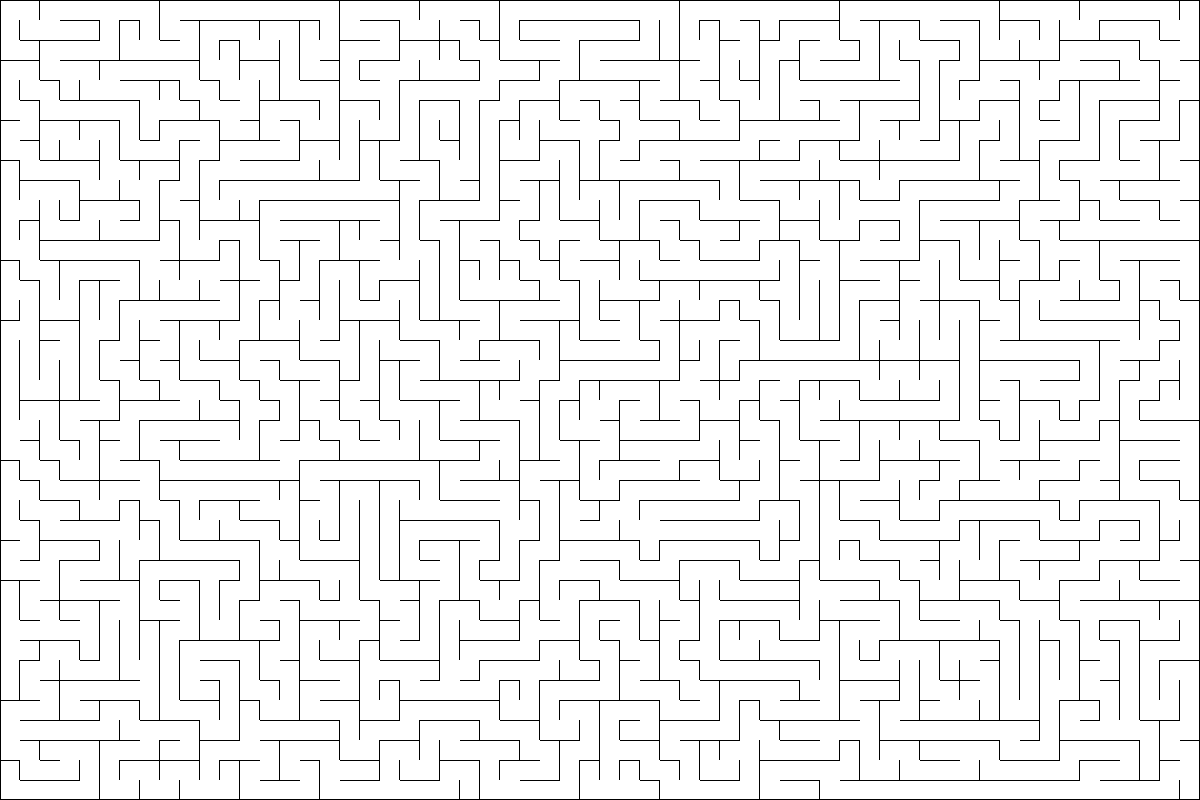 Mazes are represented as a collection of collections of “cells”. Each cell has a northRoute and westRoute boolean.